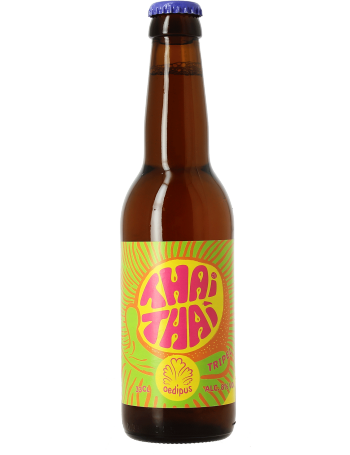 Because we use Belgian Abbey yeast strain, with this beer we approach the Belgian beer tradition of the Tripel. But of course, we tried to twist the rules a little and expand the boundaries of the tradition. Of course our starting point was a basic Belgian Tripel recipe, where yeast contributes a fruity flavor. We added Pilsner malts and some American hop varieties at the end of the boil to enhance the citrus flavors. But then we added galangal root, lemongrass, coriander, chili pepper and orange peel and it turned into more than a Belgian Tripel, and became an exciting, spicy Thai dish trapped in a beer!

It’s a real adventure to taste – it’s familiar, yet surprising, and complex, yet inviting. Expect the unexpected. Power to the herbs!